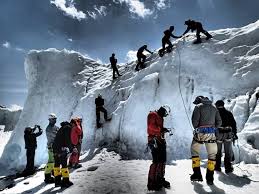 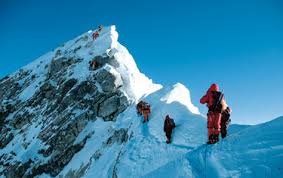 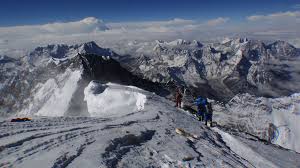 Climbing Mount Everest
Based on a true-to-life story of the mountain’s most horrific day, the Sherpas who paid the price, and the aftershocks that will change the mountain forever.
16 years ago, on May 10-11, 1996, eight people caught in a blizzard died on Mount Everest during attempts to ascend or, having achieved their goal, descend from the summit. Over the entire season, 12 people died trying to reach the summit, making for the deadliest day and year on Mount Everest prior to the 16 fatalities of the 2014 Mount Everest avalanche and the 18 deaths resulting from avalanches caused by the April 2015 Nepal earthquake.

Neal Beidleman, a survivor, decided to go back in 2011. “It just didn’t seem right to me at all that that would be the last word that Everest ever spoke to me,” he told “Nightline.”
Back then, Beidleman was working as a guide under his close friend and seasoned mountaineer Scott Fischer. Fischer died on that mountain and was buried there. Beidleman said he never truly understood what happened and that the tragedy nagged at him.
Fingers were pointed in numerous directions and many were blamed for what happened that day but there were only words of praise for Beidleman, who went up as a mountaineer and came down a hero. Beidleman himself doesn’t see it that way.
“It’s nice of people to say but there were very, very few heroes there,” he said. “I did as much as I could. And it took me quite a while to really appreciate that.”
For years, Beidleman was in high demand to speak about the lessons he had learned on Everest, about team building, about taking risks and living with the consequences, and about how disasters are rarely caused by one single action or one single person but often a cascading series of bad luck and bad choices. He also talked about second chances.
Beidleman decided to take a second chance of his own when a few years ago he got the feeling the mountain was calling him back. Had he left part of himself on that massive peak? Perhaps to truly come down he would have to go up once more. He decided to return. He would climb the exact route he had climbed in 1996.
“I wanted to go back, in some ways, just to physically lay over the rationalization that I had in my own mind that that was all I could do– to re-experience it again, and to fully experience what we experienced under those conditions,” he said.
“The whole trip just took on a different sense of reality,” he continued. “To all of a sudden have 15 years of thinking about it come flooding back in just a few minutes.”
Like memories of the vicious storm that sneaked up on his climbing team in 1996.
“I have pictures as I was descending late in the day, and looking back to the summit, there’s searing blue sky, you know, up high. But this, this jungle storm, this pre-monsoonal storm was flowing up from the south onto us,” Beidleman said.
On Everest, even the smallest of details matter. Every footstep holds the possibility of disaster.
“It’s the kind of place where really catastrophic things can happen and you can’t see them coming,” he said.
Part of the problem is the air. At altitudes like this — the Everest peak in 29,028 feet — the oxygen is so thin the brain gets foggy and judgments cloud.
“You just don’t have the same power, or the same snap, you get out of breath very easily,” he said.
Last May, Neil Beidleman had the summit in his sights as something went terribly wrong, something that may well have cost him his own life, something that changed his vision of the past.
Watch what happens as Neal Beidleman recounts the deadly 1996 Everest expedition on his climb back up the mountain and as he gets close to the summit, something goes horribly wrong. HERE on “Nightline”